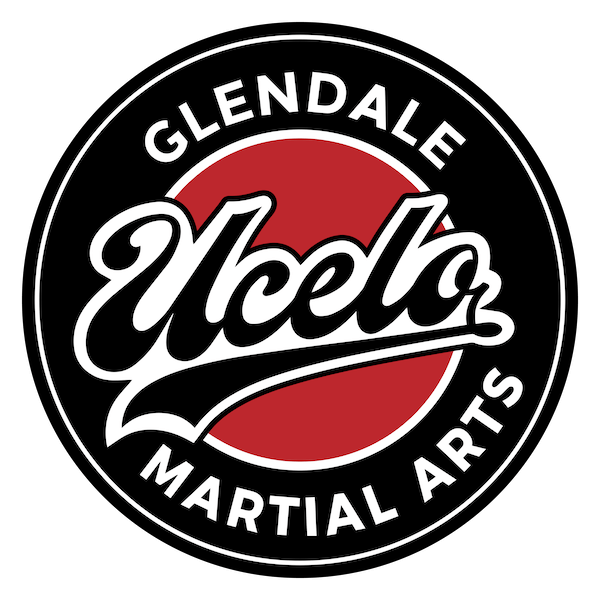 Secure your spot and get started today with our EXCLUSIVE offer! 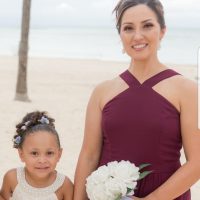 We love Ucelo Martial Arts! We enrolled our daughter when she turned 5 in hopes of improving some behavioral issues we were struggling with. Her behavior improved drastically!!!! and we couldn't be prouder of her. Master Abel and Sarahi have left a lasting impression on our daughter, she loves and admires them, and I couldn't be more grateful for them. 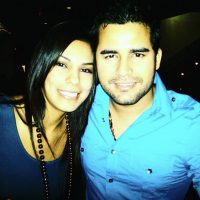 Great place, really liked the family environment, they really want to help kids feel better about themselves and more confident, also the adults, love their kickboxing class it really motivates you to be fit and get better every time. I really recommend this place. 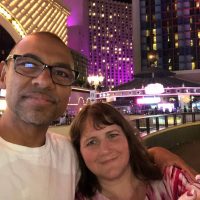 This school is amazing with amazing people. At UMA you are accepted as family. Your children are in wonderful hands. They do not disappoint. 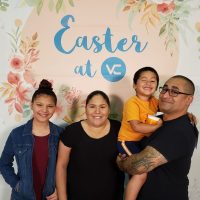 This is hands down the best karate school. My daughter has gained so much from practicing martial arts with Master Abel and Miss Sarah. They are both amazingly encouraging and they genuinely care about their students. UMA really is a big family. It's a great place with wonderful people! 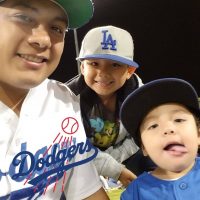 Great family oriented environment. Positive attitude from instructors and coaches. Kids enjoy coming to their class and always looking forward to it.

I enjoy their adult Karate and Kickboxing classes as it keeps me active. They even offer Jujitsu beginner classes for those looking into that field. 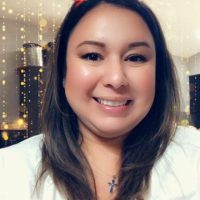 Best martial arts school in Glendale. Both Sarahi and Master Abel treat everyone as family. My kids love going to class and strive to do their best both at home and martial arts class. 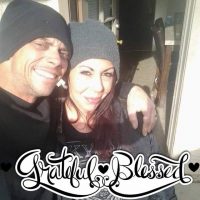 My son absolutely loves it here and he looks forward to going to class . The energy and atmosphere is very warm and welcoming , you can feel it as soon as you walk in . I've seen such positive changes in my son and it's only been about a month . My husband and I truly feel that this was definitely one of our better decisions , I highly recommend this place . I personally love the teachings of respect and teamwork , and the inclusiveness . 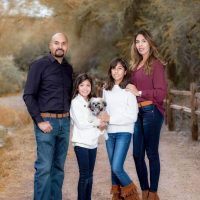 I'm very impressed with the Ucelo's family leadership and professionalism. Both of my daughters attend class for almost 1 year, my husband and I are extremely pleased and happy to be a part of the UMA Team! We love the family oriented environment.

I highly recommend Ucelo Martial Arts! The culture they have created, how much fun the kids have and how the families are involved, make this the best Martial arts school in the Valley!

My 10 year old son kept getting in trouble at school. Over and over, the disciplinary actions became tougher and tougher. It wasn't working. Deciding I didn't like the direction of my son's behavior, I knew he needed direction. He needed to better understand the concepts of courtesy, self-control, and respect. He also had too much energy, and too much free time. He needed an activity, and needed to learn lessons you just can't find in normal sports. He needed someone who would be tough on him, who would wear him out. I decided to enroll him in martial arts. I wasn't expecting my son to love it as much as he does. He took to martial arts like it was something he'd been missing his entire life. And I wasn't prepared for the results. His behavior has drastically improved at home, at school or anywhere he goes. i feel that this wouldn't have been possible without the help of Master Abel and Sarah Ucelo. These people aren't just trying to teach kids how to kick butt, they're helping to mold future leaders. They're influencing kids to better themselves, their surroundings and everyone around them. To better their communities. Their school has a comfortable, local feel. There are no bullies, this isn't Cobra Kai. They're here to make a difference, and from what I've seen, they've already succeeded. I found Ucelo Martial Arts by chance. Pulling up a quick search, I chose the nearest school. I wasn't expecting to find the best. 10 Gold Stars for UMA.

My son started last month at 6 years old and right away he was learning and challenging himself to continuously do better and better. He LOVES UMA. He is bummed on our off days he wants to do karate every day! His focus, strength, and respect has improved tremendously even in this short about of time. Master Ucelo does a wonderful job explaining the respect is to be carried into home as well as in class. My son use to have difficulties listening and obeying the first time and we honestly do not struggle with that anymore. The instructors are wonderful and patient. I would recommend Ucelo MA to everyone.

You have totally changed my great granddaughters life. Thank you UMA.

I’m so happy we found UMA my oldest son who is 5 yrs old (started at 4) was having a super hard time focusing and behaving well in school and now thanks to a wonderful supportive team at UMA he is reading and right on track for kindergarten in the fall! I myself have recently joined kickboxing and I feel like they are so supportive and patient with me, I feel so much better about myself and have so much more energy! My youngest son will be joining the karate team in May when he turns four and we are so excited! Thank you team UMA!!!!!

Love it!! My partner in crime and I really enjoy the family atmosphere. The instructors are very thorough and encouraging. We would recommend UMA to anybody wanting to learn martial arts.

My daughter loves Ucelo Martial Arts. Her confidence, focus and physical strength have greatly increased. Not only does she learn martial art skills, Master Abel teaches respect, integrity and responsibility. If your child can only do one activity, chose this. You will not be disappointed.

Love this school. Everyone is very nice, patient, and excellent at teaching the moves and understand the meaning of it. Everyone is treated equal. Feels like we are all a big family. I would definitely recommend this school. 5 Stars for sure.

I would recommend this Dojo in Glendale in a heart beat! I believe martial arts is what continues to keep our family strong, healthy and humble. This is a great school and trust me when I say that Ucelo is a legitimate dojo and they're passionate about teaching their students. My daughter is very blessed to be part of such a great team and school! Also they have a great Kickboxing program for myself and I walk out each time feeling confident, accomplished and super sweaty!

Best place ever! I would recommend this to anybody! This is the best karate school I've ever trained with. I started out when I was 5 and a half, and now I'm a black belt thanks to them, I've been doing this for 11 yrs now. They taught me that it isn't a competition with other people, it's a competition with yourself. Best school ever

This place is great, both of my kids love coming every week, they have learned discipline, confidence, and the meaning of community. Master Abel has been a positive figure in their lives, we plan on being a part of UMA family for a long time.

Great Martial Arts Masters and great training. My niece is a black belt now and my daughter is working her way to reach that goal. And now my son wants to join :) Great sport to keep the kids and teenagers out of trouble.

Whether you are looking for an art,self defense,a discipline,UMA is the right place to be,the school is a place with a safe family oriented atmosphere where you will always find respect and discipline within classes.

Awesome experience with my kids at their trial free class.. now they are very excited to the 1st class all the people are very nice and teachers are very professionals ,100% recommended...

The best karate instructors in town! My daughter has been at UMA for almost 5 years and my son recently joined, both my kids enjoy the class very much! UMA has helped both kids learn about self defense, self confidence and respect. The instructors are experienced and patient with the kids, always pushing them to do better and be the best they can be. UMA has become family to us, we could not be more thankful for finding such wonderful karate school for our children!

My son Adrian had his free trial class last Saturday. He started his 1st actual class in Little Tigers today and he enjoyed very much! I can't wait to keep going with this and see where it takes us.

I think the reason that this question is so common is that people who haven’t studied martial arts have some real misconceptions about what it is. Maybe it’s because martial arts movies and shows put such a heavy emphasis on fighting. Parents see these shows and imagine their kids turning into bullies.

The opposite is true. The core of martial arts is respect for yourself, your instructors, and other people. When you treat other people with respect, your first instinct is not to fight with them when you have a disagreement. There’s nothing respectful about throwing the first punch.

Now, you might be wondering how that can be true. If kids learn how to punch and kick, won’t they want to do those things on the playground, too?

The reason they don’t is that the martial arts aren’t only about fighting. It’s true that people who study martial arts have the tools they need to defend themselves, but they learn other things, too. I’m talking about:

Unprovoked aggression is contrary to what we teach in our classes. Our more advanced students spar in class, but they do so to learn. There are some moves that can be taught only in practice, but we monitor the students and their goal is not to hurt one another.

Some kids choose to do competitive fighting. If your child wants to do that, then we’ll help them prepare. But again, the fights are in a controlled environment. The goal is not to hurt their opponent, but to demonstrate a superior grasp of the techniques learned.  In our classes, we don’t teach kids to fight. We teach them about themselves, we teach them values, and how to control their minds and bodies. That’s a big difference.